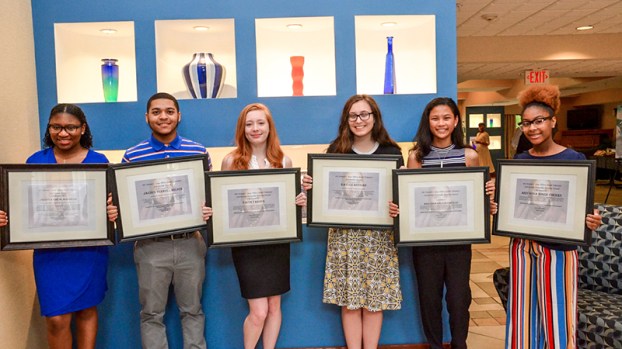 The family of the late C. Faye Tillery gathered in Suffolk on April 6 to continue her legacy.

Tillery, a beloved employee of Suffolk Parks & Recreation, died of cancer in 1998. She was well known for going out of her way to touch the lives of others, especially young people.

“Faye was all about volunteering and giving back,” said Dr. Andrea Tillery Wilkins, Faye Tillery’s niece and also the assistant principal at Northern Shores Elementary School.

Since the time of Tillery’s death, her tight-knit family has kept her flame burning through a number of service projects, including a community outreach day, a back-to-school giveaway and more.

In the last few years, the family has given scholarships to young people and also awarded community members who are doing good things for the community.

Eley, who works at the Holiday Inn Express, supports the Tillery family in a number of ways. “She genuinely loves people,” they said. “She rolls out the red carpet for us.”

Scholarship winners are chosen on the basis of community service, an essay and a letter of recommendation.

Also at the April 6 event, the family announced the creation of the C. Faye Tillery Fund, which will allow people in the community to receive assistance once a year with needs such as utility bills, with no questions asked.

“This is about what Faye did for people,” said her niece, Vonda Holman-Carter. “We want to give back to the community in a new way.”

Wilkins added that the family wants to band together to continue Faye’s legacy.

“It’s something we do because of her,” she said. “If she was one person and did so much, we should be able to come together and do it for others.”

Guest speaker Lloyd “Marc” Askew spoke to the scholarship winners and stressed the importance of knowledge, wisdom and vision.

“Love is an action word,” he said. “The scripture tells us we should know a man by his works, not his words.”

The family also named Richard Tillery Jr. its “cousin of the year” at the event.

In remembrance of Faye Tillery, Holman-Carter reminded everyone to visit their doctor and get regular cancer screenings.

‘Good vibes only’ at Lakeland

In the face of negativity, students at Lakeland High School took it upon themselves to bring positivity back to the... read more