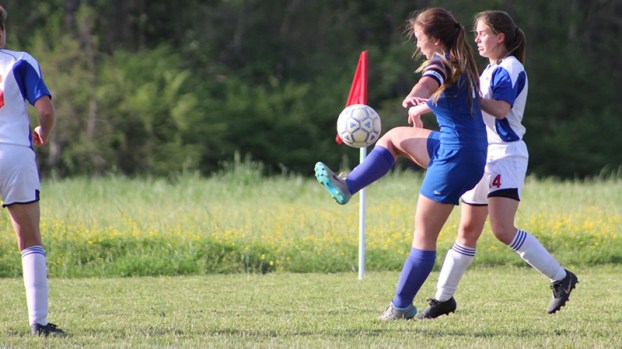 After a 5-0 loss to Beach School, the Lady Knights bounced back with the win.

It was senior day for the Lady Knights, who only have one senior on the team in Kaitlyn Brittingham. She led the way for the team with two goals. Jadyn Patton scored the other goal for SCA in their win.

“Kaitlyn had a great game out there,” Coach Marquis Lassiter said. “He senior season has been very good. She has stepped into a different leadership role this year being our only senior, but she was able to step in and play wherever we needed her to.”

Lassiter also gave credit to his team for putting the loss behind them and refocusing. They realized the mistakes they made and were determined to have a better performance.

“All the girls stepped up,” he said. “Many of them had their best games of the season. It was great.”