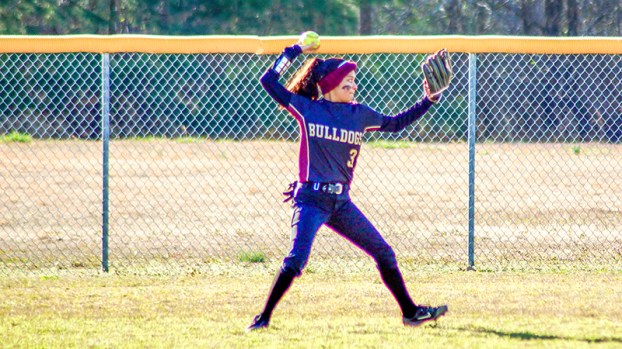 The King’s Fork High School softball team hopes their close losses from the first half of the season start to turn into wins.

However, there have been a couple of close losses when the Lady Bulldogs could have come out on top. That’s a focus for the second half of the season — being able to come away with the close games.

“The girls have played well so far,” Hinnant said. “It’s encouraging that we are in these close games. We haven’t let any team flat-out control us. So, it’s encouraging to see the girls continue to fight, and we feel like that’s going to pay off in the back end of the season.”

One thing Hinnant didn’t have enough of in the first half of the season is the timely hit. Hinnant believes the Lady Bulldogs have left some opportunities out on the field, and they will need to be better at capitalizing in the second half of the season.

“We have left way too many runners on base, especially in situations we can put a game away or take a lead,” Hinnant said. “That’s something we will need to be better at, because it’ll be the difference between a couple of extra wins or a couple more losses.”

On the other hand, Hinnant believes the team’s defense has been better then what was originally projected. Despite some errors here and there, the Lady Bulldogs defense has been solid. The defense will be key in this second half of the season as the team continues to see more district teams. As they head into those matchups, Hinnant always reminds the team that the players are no different from themselves.

“We know our district is very good, but we know any team is just another team in the dugout,” he said. “We have to go out and just play our game. We can’t worry about what player is committed to what school. We just have to go out and play.”

King’s Fork will get back on the field against Hickory High School Tuesday evening at home at 5:30 p.m.

Lowe hot at the plate