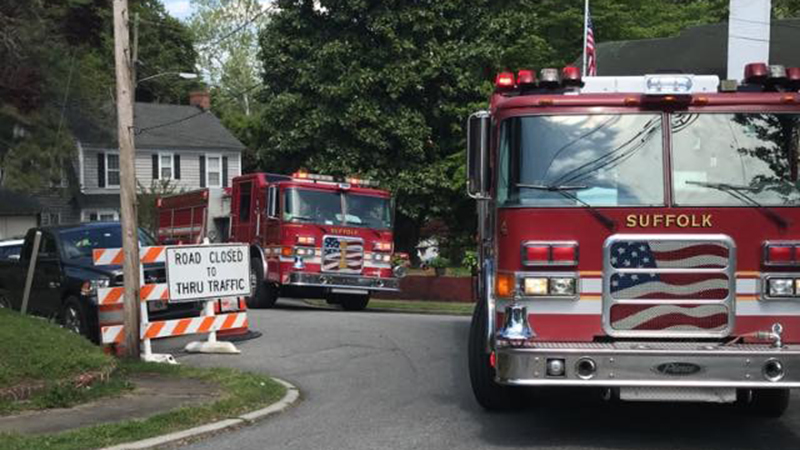 Several homes were evacuated after a gas line rupture on Oakdale Terrace on Wednesday afternoon. (City of Suffolk photo)

UPDATED 5:56 p.m.: Crews from Virginia Natural Gas remain on scene making repairs, but occupants that were evacuated have been allowed to return to their homes, according to a city press release.

The affected portion of the roadway remains closed as repairs are finalized.

Earlier: Several homes in a downtown neighborhood have been evacuated due to a gas line rupture, according to a city press release.

The rupture in the 100 block of Oakdale Terrace, off North Main Street near First Baptist Church of Suffolk, was reported at 2:55 p.m. Wednesday, and Suffolk Fire & Rescue units arrived at 2:59 p.m. Contractors working in the area had ruptured the gas service line, the press release stated. Virginia Natural Gas crews have responded to the area.

The occupants of four nearby homes were evacuated, and the road in the immediate area was closed.