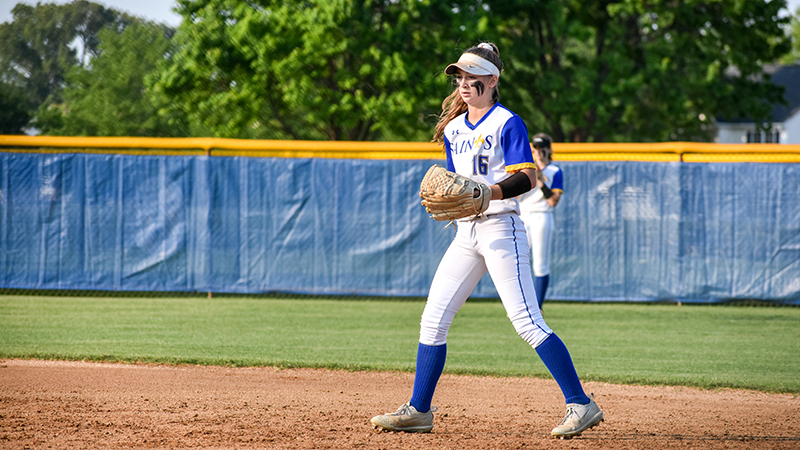 Anni Groves prepares to make a play in the infield for the Lady Saints. For the first time this season, the Lady Saints dropped back-to-back (submitted photo)

The Nansemond-Suffolk Academy softball team took back-to-back losses this week for the first time this season.

NSA took its third loss of the season against Greenbrier Christian Academy Tuesday evening on the road. The Lady Saints were shut out for the second game in a row, taking a 1-0 loss to GCA. It was a tight game by both teams that saw the matchup go to 10 innings.

Leading up to the showdown between the two teams, GCA and NSA were ranked No. 1 and No. 2, respectively, in the Virginia Independent Schools Athletic Association Division II poll. GCA scored the game-winning run in the 10th inning.

Reese Byrd took the loss in the circle for NSA. She struck out four. The Lady Saints had only two hits on the evening.