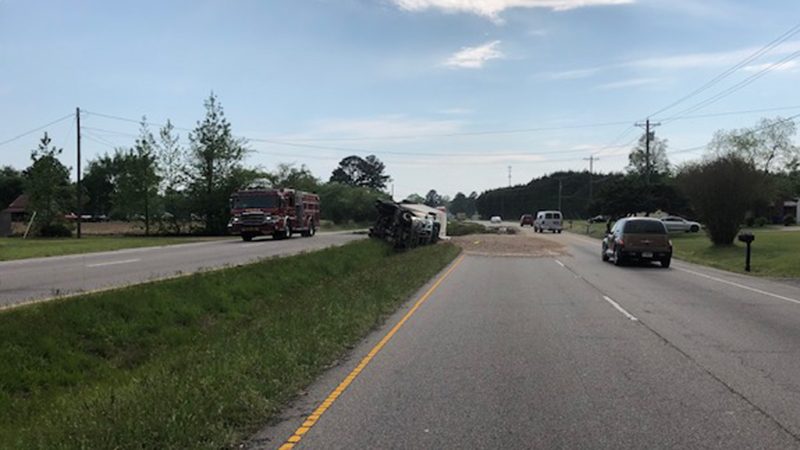 A tractor-trailer overturned and spilled its load of wood pellets on Holland Road Thursday afternoon. (City of Suffolk photo)

An overturned tractor-trailer on Holland Road is causing traffic backups.

The accident happened near the intersection with Lummis Road at 4:12 p.m., according to a city press release. The tractor-trailer overturned in the median and spilled its load of wood pellets, the release stated.

The adult male driver suffered a minor injury and was treated by Suffolk Fire & Rescue.

One lane eastbound and one lane westbound will remain closed as crews work to clear the debris from the roadway and right the tractor-trailer, the release stated.