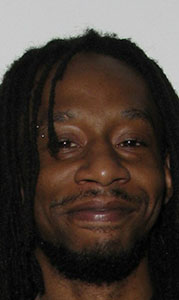 A Suffolk man has been indicted on charges of voluntary manslaughter and distributing/selling for profit Schedule I or II drugs in connection to an overdose death that happened last spring, according to Suffolk Police.

Byron Franklin Ambrose Jr., 31, was arrested Thursday following the indictment on the two charges, related to an April 6, 2018 incident, according to a news release. Online court records indicate that the drug charge against Ambrose is for allegedly distributing Fentanyl.

Emergency Communications was contacted at 5:50 a.m. on April 6, 2018, and Suffolk Police and Suffolk Fire and Rescue responding to a residence in the 1500 block of Wilroy Road, where a man was later pronounced dead.

Ambrose has been in custody at Western Tidewater Regional Jail since July 17, 2018 on unrelated charges. According to online court records, those charges include malicious wounding, robbery, shoot, stab, cut or wound and carjacking for an incident which allegedly took place July 11, 2018.

According to a July 12, 2018 city news release, Emergency Communications received a call at 5:45 p.m. on July 11, 2018 from the Easy Mart in the 1300 block of East Washington Street stating that “an adult male victim reported he had been robbed at knifepoint and injured during the aggravated assault. The victim sustained non-life threatening injuries as a result of the assault.”

Ambrose faces a 9:30 a.m. May 9 arraignment in Suffolk Circuit Court on the new charges, and a 9:30 a.m. arraignment May 10 on the previous charges dating back to last July.

A complete road closure on Pruden Boulevard has been extended, but the project as a whole should be finished sooner... read more