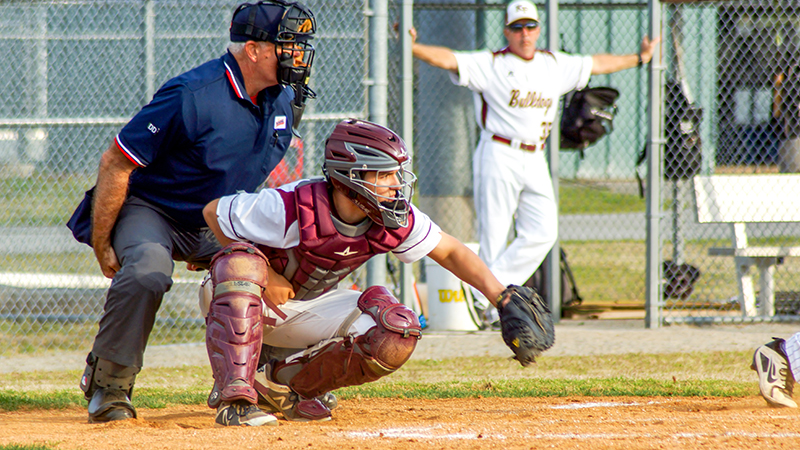 Landon Martino works behind the plate for the Bulldogs. The Bulldogs got their first win of the season over Lakeland High School.(Caroline LaMagna Photo)

The King’s Fork High School baseball team got its first win of the year in a tough game over rival Lakeland High School.

In a makeup home game, the Bulldogs scored the only run of the game in the second inning and were able to hold off Lakeland for the 1-0 win.

Aidan Gay pitched a complete game for the Bulldogs and had seven strikeouts. Demonta Hawkins and Walden handled pitching duties for the Cavs, with Hawkins taking the loss. Lakeland did out-hit King’s Fork 4-3.

It was a hard-fought win for a Bulldogs team that felt it were on the cusp on earning a victory sooner or later. Bulldogs Coach Robert Hedrick told his team to stay the course and not get discouraged despite being winless. The Bulldogs could use the much-needed momentum from this win to try to string some more wins together.