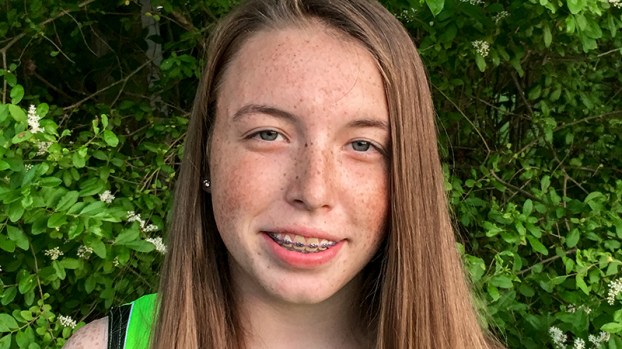 Hayleigh Presson was voted the Suffolk News-Herald’s Player of the Week after her pitching helped Lakeland’s softball team to a 2-1 record. (submitted photo)

Presson comes up big for Lakeland

Hayleigh Presson was voted Suffolk News-Herald Player of the week after her pitching helped Lakeland’s softball team to a 2-1 record.

When it comes to the circle on the field, the Lady Cavs have a surefire standout. Presson, a sophomore, stands out, throwing strikes in critical games. Last week, Lakeland picked up wins against Hopewell and Oscar Smith. Its only loss was by a single run to Western Branch in extra innings.

Against Hopewell, Presson’s allowed only one run in a 12-1 win, and against Oscar Smith, she threw a two-hitter and pitched well in the loss to Western Branch.

Presson felt good about her performances, giving credit to the team’s defense for allowing her to have such strong games.

“I felt great,” she said. “I knew that my defense was there to back me up. It wouldn’t have happened if I didn’t have such a strong defense from my teammates behind me.”

After taking the year off last year, Presson has felt good about her return to softball. She gave credit to her coaches and her teammates for easing her back in after last playing high school ball on the junior varsity level in eighth grade. Her mother, a softball player as well, inspires her. She still has played baseball since she was young and still plays until this day and that inspires her to be like her.

When Presson is out on the field, she gives credit to her teammates and coaches for her motivation as well. Before every game, she makes sure she is relaxed so that she doesn’t feel pressure.

“My coaches push me, and my teammates push me to be a better player every day,” she said. “It helps knowing they are confident in the things I can do for the team.”

Throughout the season, as she has made her way back, Presson feels good about where her pitching and hitting is. In the past, she has struggled with her hitting, so she focused on making improvements at the plate, and so far, she has, even hitting an inside-the-park home run this season.

Lakeland will be wrapping up the regular over the next week, and it’s possible the Lady Cavs can make a playoff run. They have played well this season against their Class 3 Region A counterparts, and Presson will be key in whatever success Lakeland has in the postseason.

The Nansemond River boys’ soccer team picked up a 3-0 win over Oscar Smith Thursday. The Warriors go to 10-2-2... read more