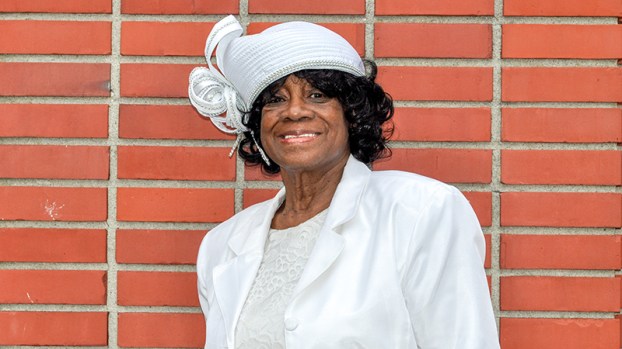 Dr. Theresa F. Massenburg is a mother of eight who overcame many hardships in her life.

The 83-year-old Suffolk native has eight children, but her journey as a mother was not always the smoothest one. She believes her story can inspire other young women who are struggling in any facet of their life.

Massenburg was born in Suffolk in 1936 to Joseph W. and Callie J. Ferguson. She had a thirst for education at an early age — so much so that she recalls at the age of 7 teaching her uncle how to read and write, leading to him being promoted to president of the union.

But she also left high school early and married at an early age, and the couple had eight children. When she started having marital problems and then her husband left her, she might have been tempted to think all was lost.

But that wasn’t the case for this young mother.

Massenburg, who up until her husband left only knew taking care of the children and working around the house, took charge of her life. She learned how to drive with a car her father bought her, started working as a nurse aide at Louise Obici Memorial Hospital, and started going to school.

“I still had a thirst for education,” she said. “God pointed me in a direction that led to me being able to attend adult basic education.”

After she did that, she attended Paul D. Camp Community College. By that time, her oldest daughter was a student there, and a son later began attending as well.

She thrived at PDCCC, dressing in matching colors with her children on what they called “Massenburg Days” — Mondays, Wednesdays and Fridays — and enjoying being around young people. Many of them thought she was an instructor at first, but she didn’t mind.

“To me, it was thrilling,” she said. “I felt like I was one of the young people. I was at the point where I could give them insight and instruction.”

Massenburg considered herself a lifelong learner, so her studies didn’t end at Paul D. Camp.

She later received a Bachelor of Arts from Norfolk State University, a Master of Science in education at Old Dominion University and a doctorate degree at the School of Bible Theology Seminary and University.

A devout Christian, Massenburg also credited the late-Bishop Paul Armstrong of Paul’s Temple Holiness Church and Dr. C.B. Skinner for the major roles they played in her “Christian walk with the Lord.”

“You never get too old to learn,” she said. “You have something to give back to the community.”

Even in her studies, there were hardships. Her father died, then an aunt with whom she had been close, then a grandchild. But she never stopped.

“Having hardships doesn’t mean you have to be a failure,” she said.

Following her education, she had several jobs where she had the chance to utilize her education. But perhaps none was so meaningful as becoming a counselor for students who were single mothers at J. Sargeant Reynolds Community College. In that role, she got to help inspire young women who were in much the same position she had been.

“I just felt like I was doing what I was put here to do,” she said.

Massenburg is also a cancer survivor and is very proud of the fact that seven of her children attended college, as well. She also emphasizes the importance of community service, having volunteered for many organizations over the years.

Her children say she has been an inspiration to them, as well.

“I appreciate my mother, because she has taught me how to cope with life’s experiences,” said Loretta Callaway. “She has taught me that although I can’t control all the things in my life, I should not allow myself to be reduced by negative things. I can honestly say that because of her, I’m strong, confident and thankful for my life and the person I’ve become. I love my mother and appreciate all that we have.”

Thomas Massenburg, her oldest son, agreed that his mom just seemed to get better with age.

“When she got her master’s degree, I was like, ‘How am I even going to equal this?’” he said. “We as kids, we always think we’re going to do better than our parents, but with my mom she seems to evolve with each generation. She was my measuring stone through the years.”

He recalled his mom telling him nothing was a failure, but some things were only tries. She also taught her children values.

“I learned family values, I learned morals and I learned spirituality,” he said. “She taught us how to deal with diversity as well as sitting down with people you may not totally agree with. I think I cherished the patience that she taught. That is something that even now at 65 I’m thankful for.”

Through it all, Dr. Massenburg says her message for young people — and to her, most people are young — who are struggling is to keep trying.

“Don’t let it become a stumbling block, but let it be a stepping stone,” she said. “Don’t stop until you have reached your goal.”

While the Virginia Department of Transportation has its preferred alternative for work to be done in the web of highways... read more