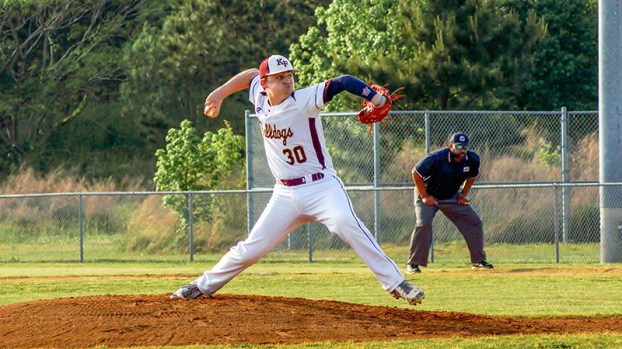 The King’s Fork High School baseball team got its third win of the season with a 10-4 win over I.C. Norcom High School last Saturday.

The Bulldogs were able to pick up another win this season when they went on the road and took down Norcom. It was the highest run total the Bulldogs have scored this season.

The Bulldogs got on the board first in the third inning, going up 3-0. King’s Fork used a big fourth inning as they scored six runs to go up as much as 9-0 on Norcom. Norcom scored their four runs in the fifth and sixth innings.

Landon Bonneville got the win on the mound for the Bulldogs, striking out eight and allowing only two hits. King’s Fork totaled eight hits, with Landon Martino going 3-4 with a run and an RBI. Taajh Waters went 2-3 with three runs and a RBI.

NR football helps in the community

The Nansemond River High School football team recently went around to Suffolk schools to clean up the community. During the... read more