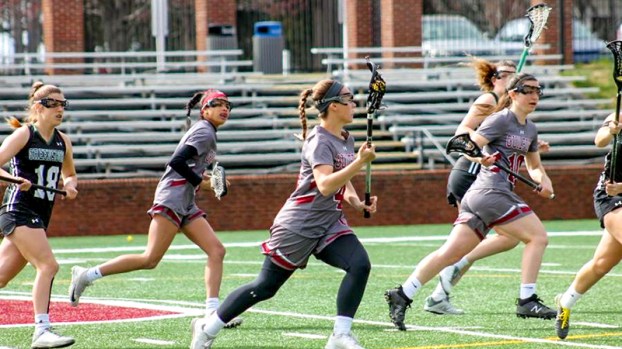 The recent Guilford College graduate finished with her best year at Guilford. Kozak was chosen third team All-ODAC as a midfielder. During her senior campaign, Kozak led the team in scoring with 39 goals, which also ranked 12th in the conference. She was third on her team in total points with 43.

“I really enjoyed the team we had this year,” Kozak said. “We worked hard together and were able to progress through the season. Overall, I enjoyed this season.”

Kozak scored in all but one game this season, scoring multiple goals in 11 games. Her career best, five goals, came against Ferrum College in April. This season, she was also the recipient of Guilford’s Nereus C. English Athletic Leadership Award. For her career, she has totaled 115 points off of 65 games, ranking her 16th all-time in the program’s history. Reflecting on her career, Kozak is grateful to have the opportunity to play lacrosse at Guilford.

“I’m grateful to have been able to play lacrosse there and to have met so many amazing people along the way,” she said. “This year was my favorite year playing, because I really focused on having a positive attitude regardless of what was going on around me outside, and I think it reflected in my play. I’m definitely going to miss (this), but I’m excited for my next phase in life.”

Sugar ready to win with Aces