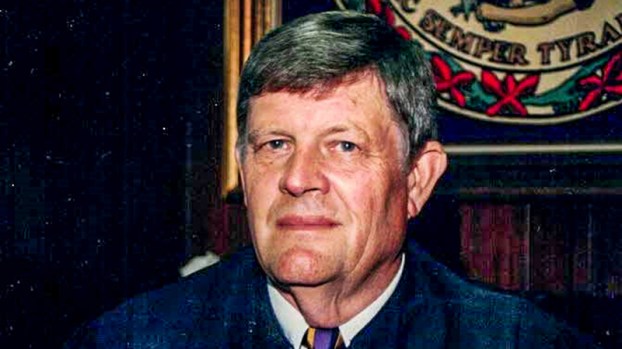 A former judge who spent more than three decades on the bench in local courts passed away last week.

Bagnell was remembered as a fair and well-studied jurist, a good friend and a good neighbor.

“Everett was a rare combination of a lot of common sense and legal scholarship,” said the Hon. Richard Savage, who became a judge after Bagnell had retired. “He was a tremendous reader of the law after he became a judge, and before. He was very up to date on all the new cases coming out of the Supreme Court.”

Savage, who practiced law in Bagnell’s court before rising to the bench himself, said Bagnell made a habit of reading all of the published opinions of the Supreme Court, known as “advance sheets.”

“He was very conscientious about reading these advance sheets as soon as they came out and studying them,” Savage said.

Bagnell was so well-liked, Savage said, that when he was a candidate for judge, a group of local lawyers rented a bus to go to Richmond and meet with the governor to endorse his candidacy.

“To my knowledge it never happened before or since,” Savage said.

Bagnell grew up in Crittenden, the son of Carl Edward Bagnell and Anne Everett Bagnell Jones. He graduated from Chuckatuck High School and Randolph-Macon College and then received his Juris Doctorate from T.C. Williams School of Law at the University of Richmond. He also served two years in the U.S. Army, receiving the Army Commendation Medal for Distinguished Service.

He began his legal career in private practice with the late Sen. J. Lewis Rawls.

“He was my father’s law partner,” said Frank Rawls with Ferguson, Rawls and Raines. “I had known him since he was a young lawyer and I was a young teenager. It was really a lot of fun knowing him from that age on.”

When Frank Rawls returned to Suffolk to practice law, he ended up living across the street from the Bagnells. Many families in the area then had wood stoves and fireplaces, and Rawls, Bagnell and others would enjoy cutting wood together on the weekends.

“It was always a wonderful time to spend with Everett,” Rawls said. “He was not a pretentious person whatsoever. The fact that he was a judge didn’t change who he was.”

Rawls especially recalled one case in which Bagnell found Rawls’ client guilty, but then called a few days later and said he was reversing his finding because he had continued to be troubled by the case.

“I am sure that happens from time to time, but … I have not heard of it happening, and I certainly did not have it happen with any other judge,” Rawls said. “He listened well, and he was fair to all parties.”

On a personal level, Rawls recalled that the Bagnells always invited he and his three sons over to eat ice cream on Sunday nights.

“They were good neighbors and good friends — just the best of the best,” Rawls said.

Even after his retirement, Bagnell enjoyed sitting as a substitute judge not only in the Fifth Circuit but also in many other localities throughout Virginia. He also served as a mediator and arbitrator in retirement.

The Hon. James Godwin was a judge senior to Bagnell who sat on the Circuit Court with him and retired before him.

“He practiced law before my court for many years,” Godwin said, “and then I served with him for many years. He was a good lawyer; he was a very fine judge.

“Everett was easy to work with,” Godwin continued. “I don’t think we ever had a cross word. He got along with everybody.”

Bagnell is survived by his wife, Nita Cox Bagnell, three daughters and one son, eight grandchildren and many other relatives. He was remembered with visitation on Thursday as well as a private graveside service.

The death of Newsoms woman Cynthia Carver, who went missing from her Everett Street home on Feb. 22, has been... read more