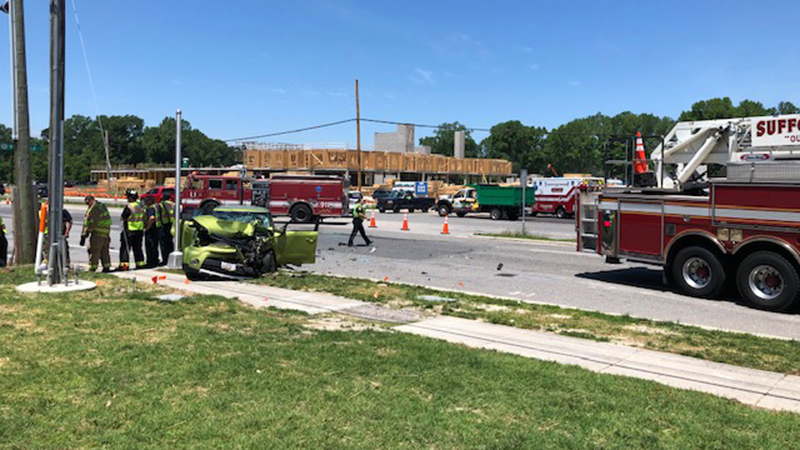 Five people were taken to hospitals after a crash on Bridge Road Tuesday morning. (City of Suffolk photo)

Five people were transported to hospitals following a crash between a passenger vehicle and a dump truck on Tuesday morning.

The crash happened at 11:51 a.m. at the intersection of Bridge Road and Windward Lane, according to a city press release.

A Ford dump truck and a Kia Soul collided. Two adults and two juveniles in the Kia were taken to Sentara Norfolk General Hospital and Children’s Hospital of the King’s Daughters for treatment of injuries not considered life-threatening.

An adult male in the dump truck was also taken to a hospital.

All southbound lanes on Bridge Road were initially closed following the accident. They were reopened by 1:08 p.m.

The investigation into the cause of the crash remains ongoing.