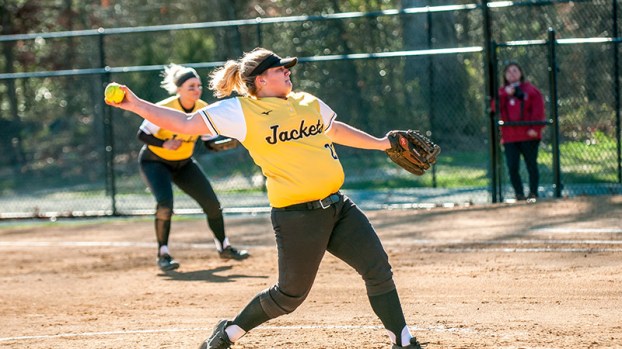 RMC’s softball program recently made history by making its first NCAA Division III College World Series. Starting this Thursday, RMC will face off against Emory University in Texas for the NCAA Division III championship. Two former Suffolk standouts in Rhoads and Carr have been along for the journey.

Rhoads, a former Nansemond River High School standout, is excited about being able to be a part of history. After jumping onto the scene as a freshman pitcher, she has been able to keep pace as a sophomore this season. RMC is 30-16, with Rhoads making appearances in 17 games, going 8-7 in the circle. She is second on the team in strikeouts with 66.

“It’s truly indescribable,” Rhoads said. “We are so stoked to be able to be a part of such a big accomplishment. We are making history in our program.”

Carr, a former Nansemond-Suffolk Academy standout, is also grateful to be a part of the coming College World Series. She described it as something she has always dreamed of and, like Rhoads, she also feels it’s an indescribable feeling. As a junior, Carr’s season has been somewhat up and down compared to her personal standards. She’s appeared in 21 games and has three hits with two RBIs.

“Even though I haven’t had the season I’d like to have, I am still honored and excited to be a part of this team,” Carr said. “We have come a long way, and to be a part of a team like this is fun. I enjoy the sport and playing with these girls.”

Nate Harrison of Newport News knocked in a hole-in-one last Friday at the Riverfront Golf Course. He used a 5-iron... read more