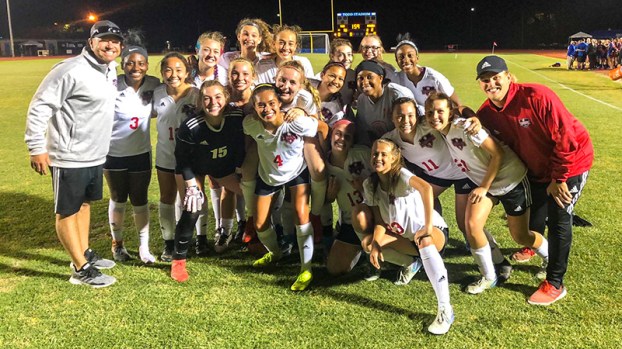 For the second time this season, the Lady Cavs competed and won against Park View. With the 2-1 win, Lakeland moves on to challenge Colonial Heights High School for a chance at the Class 3 Region A championship game.

Even though Lakeland came out on top on Wednesday, it was a hard-fought game. Lakeland was down 1-0 before making its way back to tie and eventually take the lead.

Callie White scored both goals for the Lady Cavs, with Mikayla Grant assisting on one.

“We worked hard coming back from being down,” Coach Adam Smith said. “We had a lot of opportunities we didn’t capitalize on, but the girls worked hard. We got the win, and now it’s on to Colonial Heights.”

Last year, Lakeland’s season ended with a loss to Colonial Heights, and the players believed they’ve learned from that loss. After last year’s game, Smith told his team to remember the feeling they had walking off the field. Now, Lakeland will get a chance at redemption. It was a tough game last season, but Lakeland took the 2-0 loss.

“We didn’t have any kind of playoff experience last year,” Smith said. “They had a nice home field crowd, and we might have been flustered a bit. I think the girls are ready this time around. The girls are excited about the opportunity.”

If Lakeland wins Friday evening, they will automatically qualify for the Class 3 state tournament. Lakeland will go to Colonial Heights at 6 p.m. Friday.

The Lady Cavs softball team took a 9-0 loss to Tabb High School in the opening round of the Class... read more