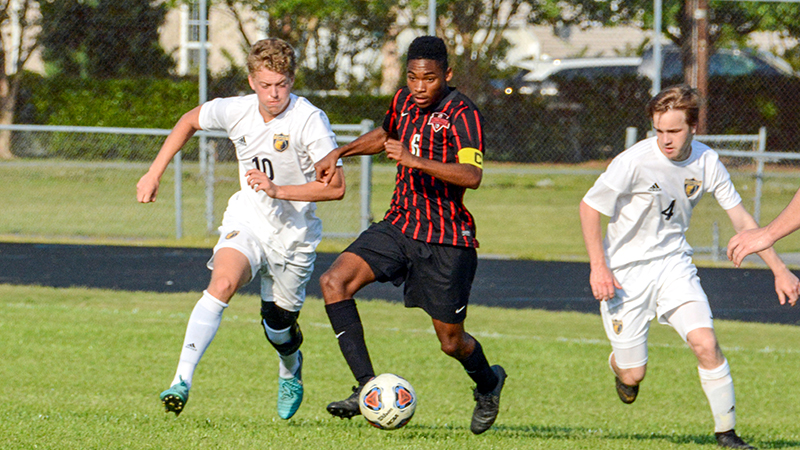 Six Suffolk athletes were selected to the first and second All-District teams for boys’ soccer.

The Suffolk boys’ soccer teams had some quality seasons this year. One of the most impressive came from Nansemond River High School, which finished 14-3-2. Because of that, they finished with the most Suffolk selections of the Southeastern District teams, with four.

Taylor Jones, Tucker Leverone, Doug Hill and Kendall Littlejohn all made the All-District first team for Nansemond River. The Warriors had a strong season and were able to get some key wins this season. A lot of players who were in reserve spots stepped into starting roles and were able to immediately step in and contribute.

With all the All-District members for Suffolk being underclassmen this year, the future will be bright for Suffolk soccer.

Inscoe poised in the circle