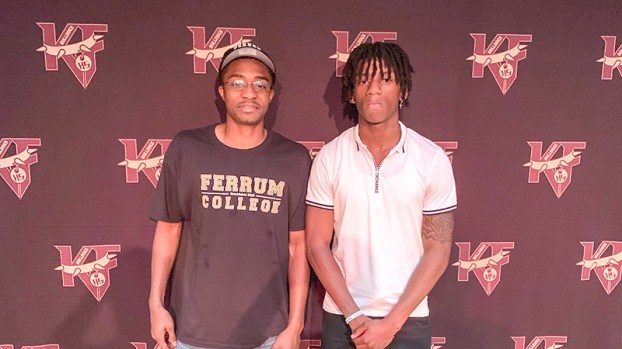 Boyette, Lewis headed to next level

Keontae Boyette and Xavier Lewis both signed to play college basketball this week.

Lewis said he initially didn’t have any particular interest from schools but eventually sparked the interest of the Ferrum coaching staff. From there, he built a relationship with the coaches and decided that was the best place for him to go.

Looking back on his senior season, Lewis described it as different. He grew into more of a leadership role.

Boyette finished up a strong senior season that saw him earn All-District, All-Region and All-State honors. He was the Southeastern District Player of the Year helping King’s Fork to a regional semifinal appearance this season. He will go the junior college route before looking to make the jump to the NCAA Division I or II level.

He credited his teammates and coaches for helping him have the stellar senior season he did.