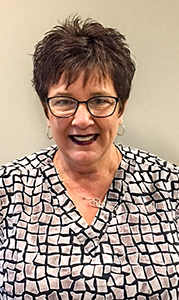 Yvonne Creech said she was shocked to receive the Virginia Department of Health’s 2019 Public Health Nurse of the Year award. (submitted photo)

Over her 38 years as a nurse, Yvonne Creech said she’s loved all of her jobs, whether it’s been as a school nurse, working in a doctor’s office or at a nursing home.

Creech, who currently runs the nursing home screening program for the Suffolk Health Department in the Western Tidewater Health District, was recently named as the Virginia Department of Health’s 2019 Public Health Nurse of the Year.

In bestowing the honor during National Nurses Week, the VDH cited her dedication and her passion for improving her community’s health.

“Yvonne is a great example of the many characteristics we value in our public health nurses: dedicated, a motivator passionate about helping patients, mentor, first responder and so much more,” said State Health Commissioner Dr. M. Norman Oliver in a news release. “She truly embodies our agency’s mission of protecting the health and promoting the well-being of all people in Virginia.”

Creech, who has been with the Suffolk Health Department for five years, said she was stunned to receive the award. She said that with so much going on in her career and her life, she missed possible signs that she could have been chosen for it.

“I had no clue that I was even nominated,” Creech said. “It was just hush, hush, hush.”

At the ceremony, she said she was listening intently to Director of Public Health Nursing Jeannine Uzel when she finally learned she was the winner. She said her family kept the secret for three weeks.

“The health department is such a valuable instrument in serving others, and I try to incorporate that value in the way I treat others,” said Creech, who is also active in her church choir, serves as a committee chairwoman for the Boy Scouts and enjoys cooking, especially for those in need.

A certificate of appreciation Creech received describes her as “an amazing and valued employee. She is a dedicated public health professional and leads by example.”

It notes that despite personal hardships, she has put her work first and has excelled at customer service.

“She does an exceptional job and is well-liked and respected in the community she serves,” the certificate reads. “She promotes a positive image of public health and is very deserving of the Virginia Public Health Nurse of the Year award.”

“Public health nurses are often on the frontline of care in their community,” said Deputy Commissioner for Community Health Services Robert W. Hicks in a news release. “Nurses like Yvonne, Jessica, Careen and Joanna can often be found working long hours with one goal in mind: enhancing the health of their communities.”

Last September, she was one of 34 VDH and Medical Reserve Corps nurses who volunteered to go to North Carolina to assist those displaced by Hurricane Florence.

Creech knew in high school that she wanted to be a nurse, having been a candy striper before studying to be a licensed practical nurse, but she waited until she was in her 50s before becoming a registered nurse.

She said she still hasn’t gotten over the shock of receiving the award, and was humbled by it.

“It’s just an honor to receive it,” Creech said, “to be thought of so highly by my co-workers.”

By Rachel Wartian Intern Summer is a great time to get active and try new things, and a sport that... read more