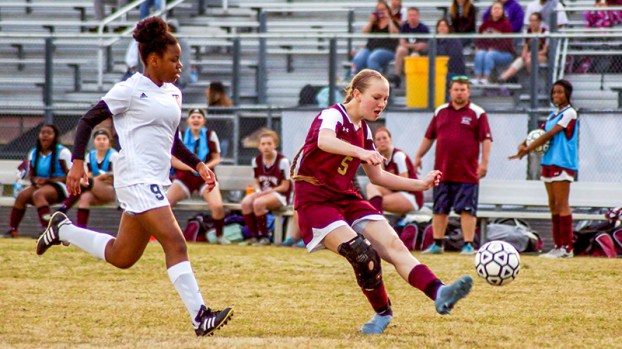 Lonni Cox was one of three selection for Lady Bulldogs soccer on the All-Region teams. (Caroline LaMagna Photo)

The Lady Bulldogs had a strong season that earned them a trip to the Class 4 Region A tournament. The Lady Bulldogs took a close loss to Warhill High School in a hard-fought match. Despite the first-round loss, King’s Fork was able to have a couple of players represent them on the All-Region lists.

The Lady Bulldogs had only one first team selection in Lonni Cox. Cox was the leading scorer for King’s Fork this season, as she has been the past two years. She is headed to play for Bluefield College for the fall.

Alexis Alston and Katelyn Woods were both second team All-Region selections. Kennedy Hill and Jenna Osborne were honorable mentions. Cox and Alston were both All-District selections as well.

The Lakeland High School track and field team competed in the Class 3 state meet over the weekend and had... read more