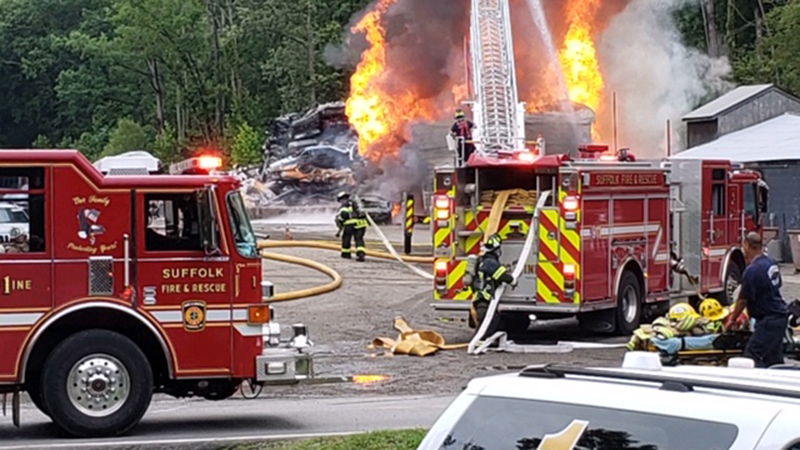 The fire at the Suffolk Recycling facility in the 200 block of Suburban Drive was reported at 4:30 p.m., and the first units arrived at 4:36, according to a city press release.

An accessory shed at the facility was fully engulfed in flames, and several explosions had already occurred. About 10 to 15 vehicles that were to be salvaged were also engulfed, and the flames threatened a large fuel dispensing tank on site.

Firefighters were able to contain the flames to avoid extension to the primary structure, the press release stated. There were no injuries, but the Rehab Bus was brought for firefighters due to extreme heat and humidity.

The Fire Marshal’s Office will handle the investigation, the press release stated.