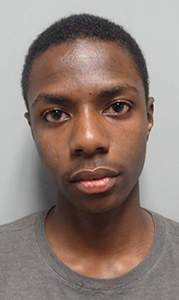 A Suffolk man has been arrested in connection with a Tuesday incident at Southampton High School.

Jaden Phillips, 18, has been charged with two felonies and a misdemeanor after authorities say multiple students at the school fell ill after eating gummy candy that was contaminated with an unknown substance.

Eight students, ranging in age from 14 to 16, were taken to Southampton Memorial Hospital during the school day. They were being treated in the emergency room for ingestion of an unknown substance, according to Brandon Seier, spokesman for the hospital.

As of 3 p.m., all eight patients were listed as good, with vital signs stable and within normal limits, Seier said.

Lt. Camden Cobb of the Southampton County Sheriff’s Office said Phillips allegedly distributed the gummy candy to a student at the high school, who apparently then gave it to others. The evidence will be analyzed by the Department of Forensic Science to determine exactly what substances it contains, Cobb stated.

Phillips is not a student at Southampton High, Cobb added.

Suffolk Police are investigating an accidental shooting that left one person injured on Tuesday evening. The shooting was reported at... read more