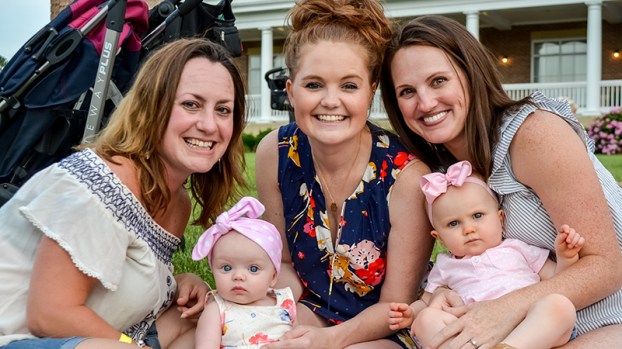 Friends and families are welcome to join the downtown festivities this Friday night that will kick-start the annual TGIF Summer Concert Series. This concert series is free and open to the public.

These eight concerts will be organized by Suffolk Parks and Recreation, from 6 to 9:30 p.m. on Fridays from June 14 to Aug. 16. Special Events Coordinator Emily Upton gave a special thanks to this year’s sponsor, Atlantic Union Bank.

Parks will open at 6 p.m., and bands will take the stage starting at 6:30 p.m. Each Friday night will also have plenty of family fun, with food vendors, bounce houses, adult beverages and merchant vendors to browse.

Constant’s Wharf Park and Marina, 110 E. Constance Road, will host the kickoff to the TGIF Summer Concert Series this Friday from 6 to 9:30 p.m., with the band Bobby Blackhat performing.

As of Monday, the confirmed vendors for this Friday evening were Here’s The Scoop and their hand-dipped ice cream, David’s Dogs and Catering hotdogs and dinner food and Annaliza’s Tasty Philippine Cuisine.

Among the merchants will be Scentsy, Mosquito Joe of Southern Hampton Roads, Navy Federal Credit Union and City of Suffolk Public Works, according to Upton.

“It’s family-friendly and a great way to start the weekend off right with something fun for everybody,” Upton said.

Constant’s Wharf will host three more free concerts this summer: the Fuzz Band on June 21, Schooner or Later on June 28 and Party Fins on July 12.

Call Emily Upton at 514-7267 or visit suffolkva.us/parks for more information.

Suffolk seniors ‘feel nothing but joy’

It was a day of celebration for the Suffolk Public Schools Class of 2019, and the arena was filled with... read more