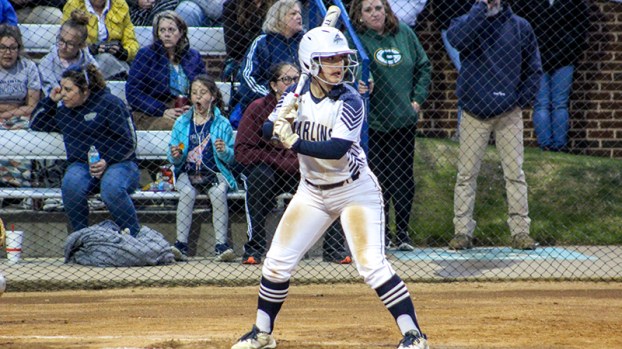 Consistency is key for Biando at VWU

The Nansemond River High School softball program over the past few years has had standouts both on the high school and college level. Biando, a graduate in 2017, has already achieved a great deal in her two years in the Virginia Wesleyan University softball team.

In her freshman season last year, Biando made an immediate impact in the program, helping VWU repeat as NCAA Division III national champions. She was an All-Conference selection as a freshman, and recently she took her game up a notch in her second year.

VWU was expected to three-peat this year but fell short in the semifinals. Despite the ending, Biando felt good about her season.

“It didn’t end the way we wanted, but overall we were extremely successful,” Biando said. “All season long we played well, and we were just disappointed in ourselves with how we finished up. We knew how good we were, so at times it was tough to deal with that because we had been so good.”

Biando admitted she started slowly from the plate this season and had to grind her way through the slight slump. She hit .336 from the plate and finished with 40 hits, including 11 doubles, which is a career high. During the Old Dominion Athletic Conference championship and the NCAA tournament region round, Biando had back-to-back three-hit games.

“It was nice to be able to build on what I did as a freshman,” she said. “I didn’t have time to struggle my freshman season, because I knew it was going to be a different experience. I just tried to keep that mindset for this season, and I felt like that helped me this year.”

As a freshman, Biando was a first team All-ODAC selection, and this year she was a second team selection. Her first two years, she has been selected to the ODAC All-Tournament teams, having been a part of two conference championships.

The biggest thing for Biando is consistency. As she approaches each season, she makes it a mission to be consistent, which leads to solid seasons.

“My first year I had made a lot of errors on the field, and that something I wanted to clean up,” she said. “I wanted to be more reliable and consistent, and I think those things have helped achieve those accolades.”

Even though VWU didn’t make it to the championship game this season, there were multiple Suffolk natives featured in the final four, with most being from Nansemond River. Biando likes what it does for the city of Suffolk to see kids on that level.

“It’s great, because it shows just because you don’t go to Division I school, it doesn’t mean you can’t do big things,” she said.

As a rising sophomore at Nansemond-Suffolk Academy is garnering a lot of interest on the recruiting circuit. NSA two-sport standout... read more