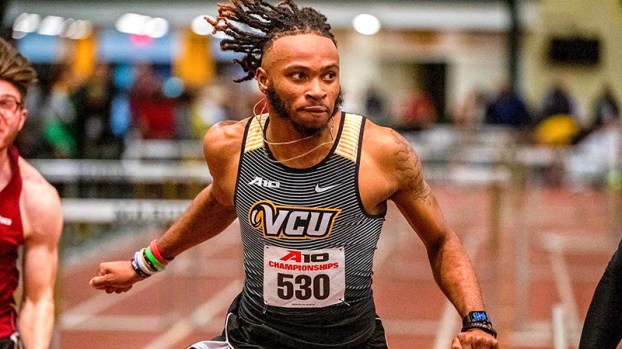 Faircloth selected to A-10 All-Rookie team

The 2018 Suffolk News-Herald Spring Male Player of the Year got off to a strong start in his track and field career at Virginia Commonwealth University. As a freshman, he was able to immediately make an impact, earning All-Rookie honors for the outdoor season.

Faircloth admitted that his indoor season was more of an adjustment, as he was getting used to the college level of competition and the college life. However, he was still able to perform at a high level, placing seventh in hurdles in the indoor conference championships. He knew shortly after that if he wanted to reach another level, he’d have to make some changes heading into the outdoor season.

“I worked harder for the outdoor season and learned things like how to properly take care of my body,” he said. “I wanted to get more comfortable hurdling over 42, and I was able to do that.”

Once Faircloth started getting used to jumping over 42-inch hurdles, big things started happening in the outdoor season. He went on to place second in the 110 hurdles at the A-10 meet and third in the 400 hurdles and was a part of a 4×100 team that finished second. With such a strong outdoor season, Faircloth is excited about what his sophomore year will hold.

“Now that I’m getting more comfortable, I’m excited to see what God has in store for me,” he said. “I’m ready to start putting my name out there and getting known.”

The former WAR standout was excited about being acknowledged on the A-10 All-Rookie team, but it also motivated him to work harder going into next season. There were a few goals Faircloth was able to accomplish. He wanted to run 52 in the 400 and did that; he also wanted to place top three in the conference and did that. Going forward, he wants to continue to be healthy and to continue to focus more on his school work as well.

Many of Faircloth’s coaches at the high school level are impressed with his performance. Former WAR Coach Justin Byron spoke about Faircloth’s progression being incredible from his sophomore to senior year. His strong season last year earned him the Virginia Gatorade Athlete of the Year for track winning state titles and national titles. Faircloth was also selected the Suffolk News-Herald’s Spring Male Player of the Year in 2018.

Gordon to play at ODU