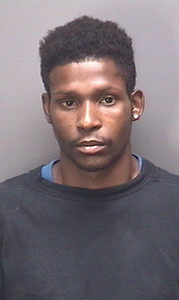 A Portsmouth man was arrested and charged Monday night after an attempted robbery at the Subway restaurant in the 6500 block of Hampton Roads Parkway.

Cameron Mitchell Hall, 26, is charged in the robbery, which was reported at 9:19 p.m., according to a city press release.

The robber reportedly entered the Subway, provided a note demanding money and displayed an object thought to be a weapon, the press release stated. The robber then left the business in an unknown direction. There were no injuries and nothing was taken, the release stated.

After canvassing the area, officers encountered Hall at the McDonald’s in the 6200 block of College Drive, the press release stated.

No additional information was available for release.