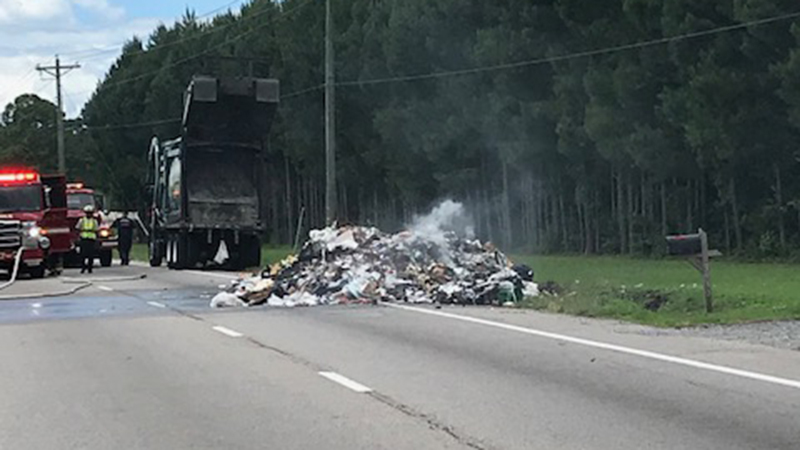 The contents of a recycling truck caught fire on Holland Road Friday afternoon.

UPDATE 5 p.m.: All lanes of travel have reopened at this time; however, both westbound lanes will be briefly closed again this evening” for a short period of time to allow Public Works crews to place sand on the roadway due to conditions following clean-up,” according to a city press release.

Earlier: The contents of a TFC Recycling truck caught fire on Holland Road Friday afternoon, resulting in the closure of both westbound lanes.

The incident happened in the 3900 block of Holland Road. It was reported just after noon.

The driver was able to dump the load so as to avoid further damage to the truck, according to a city press release. Firefighters were able to extinguish the flames.

There were no injuries.

The roadway will remain closed for two hours as additional crews come in to spread out the load to ensure no further fire threat, reload it onto another truck and clean the roadway.

Public Works crews are also on scene, and detours are being placed in the area.