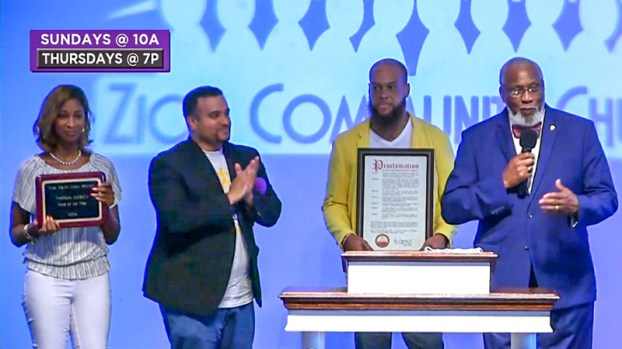 Pastor Ben Fitzgerald presented proclamations to each of the honorees and talked about their accomplishments for the community, according to a video posted on the church’s Facebook page.

“We could never thank you for all you’ve done but we’re glad that you’ve made a difference in our city,” Fitzgerald said of Whitney.

Of Jones, Fitzgerald noted that he had worked to help Norfolk State University overcome financial and accreditation challenges with which it struggled a few years ago, and “he broke ranks with his party to cast one of the deciding votes that expanded Medicaid coverage and gave health care to 400,000 Virginians who did not have (it).”

Fitzgerald honored Bennett with one simple saying: “Whenever you find yourself at the crossroads of politics and taking care of the people, you choose the people every time,” he said.

A Suffolk employee has been selected to receive a statewide honor. Tim Daniel, airport manager at the Suffolk Executive Airport,... read more