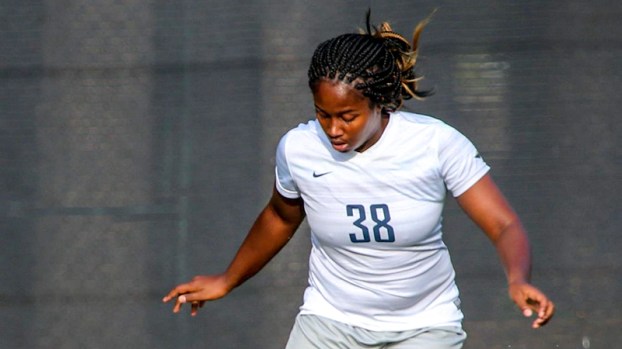 Nichols looks for another level

Former Lady Bulldogs standout Cydney Nichols is looking forward to taking her game to the next level as a junior.

After coming in as a freshman and immediately standing out, Nichols ascended as one of the integral parts of the North Carolina Wesleyan women’s soccer team. As she prepares for her junior season a month away, she is excited about the opportunity to build on a productive yet difficult sophomore season.

Nichols was among the team’s top contributors last season but also dealt with injuries. She endured a concussion as well as a sprained ankle that had her out for weeks. However, she is hopeful for a healthy season this year to continue helping her teammates.

“I’m praying for a healthy year,” Nichols said. “I had to battle a couple of things last season. I have some things I’m hoping to accomplish this season, and I am excited about it.”

“I am extremely excited,” she said. “I want to continue to show my physical prowess on the field and academic prowess in the classroom. I am looking forward to continuing to push myself as a student-athlete and continue to push my teammates as well.”

Last season, Nichols also worked her way back onto the basketball court for NCWC. At King’s Fork, she was a three-sport standout, primarily making plays on the basketball court and the soccer field. During her senior season, she helped the Lady Bulldogs reach the state championship game while also making the All-District, All-Region and All-State teams.

She played in 25 basketball games last season, averaging around 17 minutes per game, and was the fourth leading scorer on the team with nine points per game. Nichols said both her soccer and basketball coaches are excited about what she’s going to bring to the table this season.

In her time at King’s Fork, Nichols scored more than 100 goals for the Lady Bulldogs soccer team. She was also an All-State selection in soccer and in basketball, along with helping the basketball team to the state title game. She helped the girls’ soccer team reach the state semifinals her senior season as well.