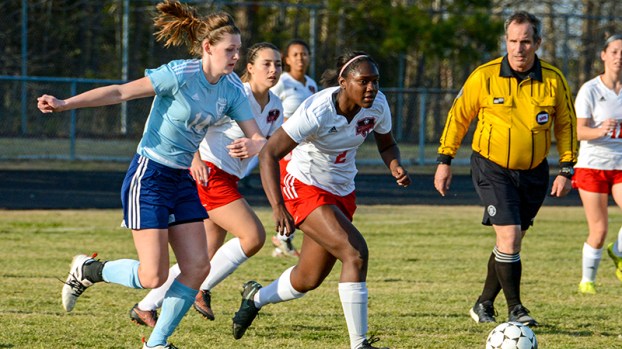 Former Lady Warrior standout Daijah Norris is hoping to get on the scoreboard more for Delaware State University women’s soccer this year.

As she enters her junior season at Delaware State, Norris is excited about the opportunity to continue to build on her previous two seasons. She has started more than 28 games for the Hornets and likes the improvement she made from a freshman to a sophomore last season.

“It feels crazy to say I’m currently coming up on my junior season,” Norris said. “My sophomore year was good. I felt good about the improvement we made as a team from my freshman season. I continued to find ways to contribute to our defense.”

After scoring so many goals during her time at Nansemond River High School, it has always been second nature for Norris. As she moved on to college, her coaches liked her versatility, and she has been playing a lot of defense the past two seasons. She enjoys that but knows if given more opportunities, she can score more goals as well.

“I would like to score some more goals this season and play up top,” she said. “Other than that, I just want to continue working hard for the team and having fun out there. The coaches like my versatility here, and I don’t mind it, because it keeps me on the field.”

Going into her third year, Norris feels like she has adjusted comfortably to the Division I speed of college soccer. She knows that every player on any team that they play is good, and it helps her to take her game to the next level as well.

“The level of competition makes you work harder,” Norris said. “It’s good playing against players at this level, because it brings the best out of you.”

At Nansemond River, she totaled numerous All-Conference and All-Region selections. She was the Conference 10 Player of the Year as a senior during the 2016-2017 year and was also a second team All-State selection. She scored more than 60 goals and had 50 assists as a Lady Warrior.