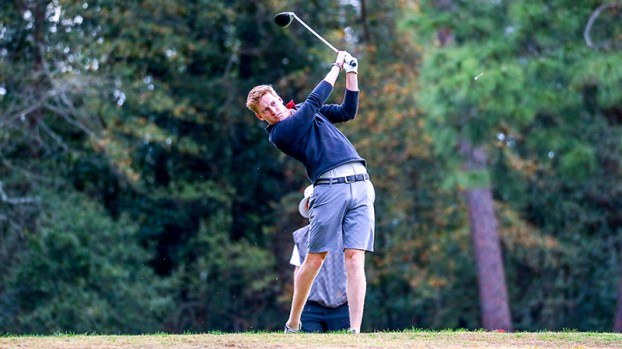 After a strong golf career at Temple University, Trey Wren is looking to go pro. He was the VISAA Player of the Year his senior year at NSA. (Artie Walker Photo)

The Nansemond-Suffolk Academy alumnus recently wrapped up his college career at Temple. He set a school record for the most rounds in the 60s in a row while also ending his senior year with the third-lowest scoring average in school history. All that has put him in the position to look forward to turning pro.

“It was my best year by far,” Wren said. “There were some other things out there I would have liked to accomplish, but overall I’m happy with how it went.”

Wren finished his senior season placing in the top 10 in six of the team’s 12 tournaments. He was selected to the 2019 Division I PING All-Northeast Region Team. With Wren now electing to turn pro, he will try to play on the Pro Golf Association tour, better known as the PGA tour.

To go pro, it is all based on status. Anyone can enter the qualifying tournaments each year, and if a golfer were to get through the necessary levels of qualifying rounds, they have the status to play the tour events. Wren is set to compete in the Korn Ferry Tour in September. It is a PGA developmental tour, similar to Triple-A baseball or the NBA developmental league. Wren is hoping to be of the top 25 among the 150 players to advance. So far this summer, he has continued to work on his game, preparing himself for forthcoming opportunities.

“I’m just trying to get more comfortable shooting 7-10 under par,” he said. “I want to sort of work on everything. I spend a lot of my time working on putting and wedges and distance control.”

Just to be in this position having been successful at every level thus far, Wren is appreciative of everything and is looking forward to the future.

In his time at NSA, Wren was an All-Conference and All-State performer. He was the Virginia Independent Schools Athletic Association Player of the Year his senior year while helping NSA to a state championship.

Xavier Williams finished a decorated college career at Indiana Tech, despite a tough senior season. Even though his senior season... read more