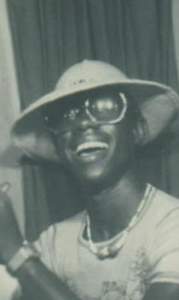 Larry Bruce Harrell, 59, of Tampa, Fla., transitioned to the next stage of his spiritual journey on June 27, 2019. He was the son of Percy Lucas and Pearlina Parker Rountree. Besides his parents, he was preceded in death by his older sister, Diane Harrell.

A 1977 graduate of John F. Kennedy High School, Larry was well known for his flair for fashion, charisma, and an adventurous spirit that influenced many.

Left to cherish his memory are his nephew, Quinton, of Charlottesville; aunt Juanita and cousin Monique, of Suffolk; long-time friend and supporter, Juanita, of Tampa, Fla.; and a host of friends, colleagues and the remaining members of the Hollywood Crew.

Cremation services will be conducted in Tampa, then Larry will be moved to Charlottesville with his nephew to rest and reconnect with his mother Pearlina and sister Diane.

Emmitt Blanchard Riddick, 77, entered his heavenly home on July 4, 2019, surrounded by his loving family. He was born... read more