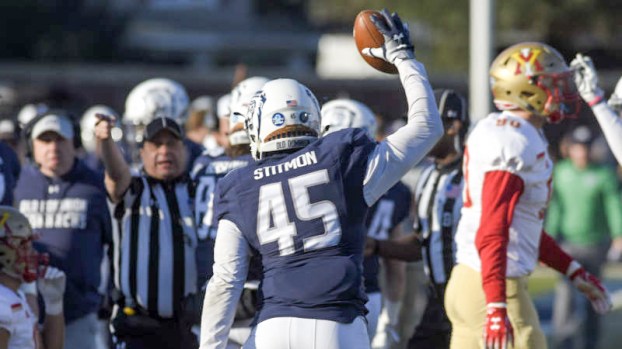 Heading into his third season for Old Dominion University, Demetrius Stitmon is hopeful for a strong year.

Everything will be different for the ODU football program this season. With changes made to the coaching staff, players have been adjusting during the important spring season and now heading into the summer with the fall season right around the corner. Stitmon, a former Warrior football standout, is feeling comfortable with where he is in the system and about himself as a player in his third season.

“I’m feeling really good coming into this season,” Stitmon said. “I am very confident, and I trust the strength coaches and position coaches with the way they are preparing us. This is definitely different, but we take every challenge day by day. I can’t wait to see what I can do.”

Last season for ODU, he appeared in 12 games at linebacker and had 23 tackles on the season. He had a season high of six tackles in games against Western Kentucky and Virginia Military Institute. This season, he is looking forward to proving himself on a more consistent basis, and he feels like the system under first-year defensive coordinator David Blackwell will help him.

“I haven’t played a ton of snaps since I’ve been at ODU, and I feel like this system we are running now will benefit me a lot,” Stitmon said. “I am learning and getting better every day, so I know I will be able to perform when the season comes.”

Stitmon has been preparing by watching more film and asking more questions of his coaches. He said he has not normally been one to ask a lot of questions, but he sees how helpful it will be to him and his game this season. During the spring, he looked strong and knowledgeable in the system; now, he hopes it all continues to translate to the field starting in late August.

“I feel like I’ve got the grasp of everything, and now it’s just time to put everything to work,” he said.

At Nansemond River, Stitmon was an All-Conference performer for the Warriors. He then went to ODU, where he walked on. After redshirting his first year, he earned a scholarship in a surprise from his coaches.

Former King’s Fork High School basketball standout Raemaad Wright has been using the summer to take his game to the... read more