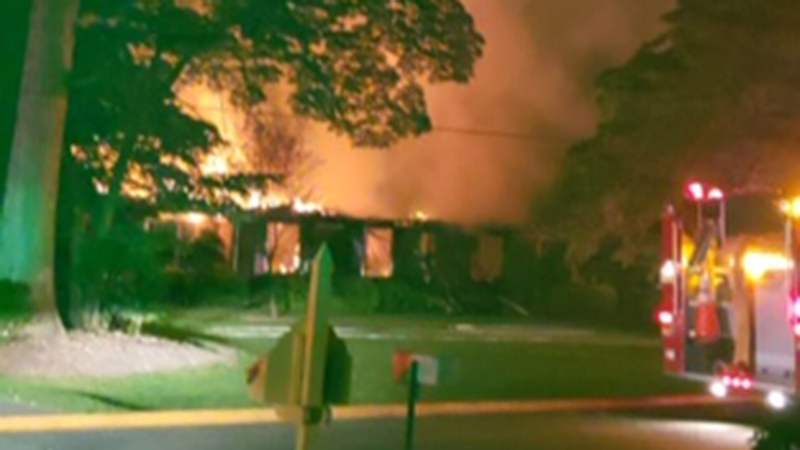 The fire in the 1500 block of Sleepy Lake Parkway, in a neighborhood off Crittenden Road, was reported at 3:38 a.m. The first units arrived at 3:49 a.m. and found heavy fire showing through the roof, according to a city press release.

Crews moved into defensive operations and were able to avoid fire spreading to other structures. It was marked under control at 4:51 a.m.

The two residents were not home at the time of the fire, the press release stated. No firefighters were injured.

The cause of the fire is under investigation, the press release stated.