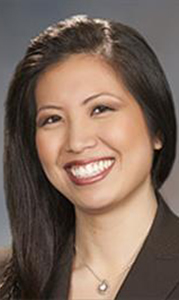 Coleen Santa Ana, president of Sentara Albemarle Medical Center in Elizabeth City, will take over leadership at Obici following the retirement of Dr. Steve Julian last April, according to an announcement the health system made on Friday.

In less than five years at Sentara Albemarle, Santa Ana and her leadership team turned around the struggling hospital Sentara took over under a lease from Pasquotank County in March 2014.

She is leaving a financially stable hospital with state-of-the-art technologies, new services, improved quality and safety and growing utilization of the hospital by area residents, Sentara stated in the press release.

In moving to Virginia, Santa Ana will vacate a board seat with the North Carolina Hospital Association.

Santa Ana will be rebuilding the executive leadership team at Sentara Obici Hospital. She will join the new vice president and chief nurse executive, Suffolk native Stephanie Jackson, who moved from Sentara Leigh Hospital in Norfolk in June following the retirement of Phyllis Stoneburner. A search is ongoing for a vice president of medical affairs to replace Dr. Lora Herman, who resigned.

Prior to Sentara Albemarle Medical Center, Santa Ana served as a senior strategist with Sentara Healthcare in Norfolk. In that role, she helped prepare Sentara’s successful response to Pasquotank County’s request for proposals for a hospital operator. She also held increasingly responsible executive leadership roles with health systems in Colorado and Nevada before returning to Sentara, where she began her career as an administrative resident in 2003.

Santa Ana will take responsibility for the 172-bed Sentara Obici Hospital campus, which includes an integrated medical office building, a smaller office building and an ambulatory surgery center. She will also oversee the Sentara BelleHarbour campus in North Suffolk, which includes a 24-hour freestanding emergency department and ambulatory surgery center, and Sentara St. Luke’s, an outpatient campus in Isle of Wight County.

“Coleen brings a wealth of strategic and operational experience to this role,” Terrie Edwards, corporate vice president overseeing Sentara hospitals in Western Tidewater and the Peninsula, stated in the press release. “I’m confident she will continue to position Sentara Obici Hospital, Sentara BelleHarbour and Sentara St. Luke’s to meet the needs of our growing community.”