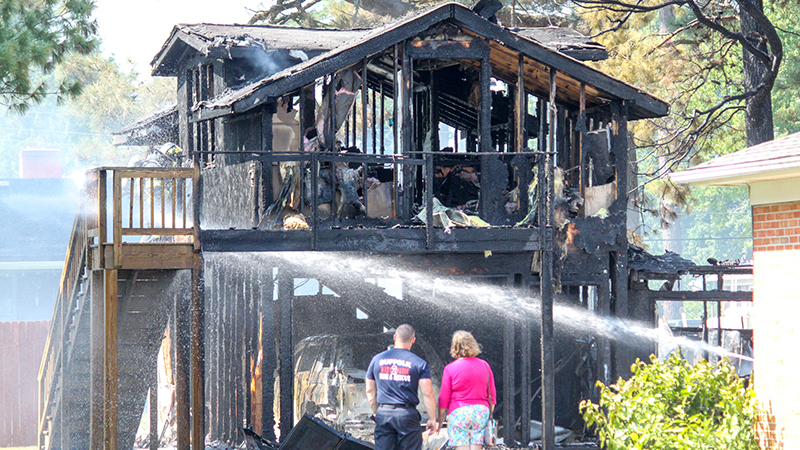 A detached garage in the 1500 block of Art Court burned Monday. No one was injured or will need to be displaced from their homes, according to Suffolk Fire and Rescue, and fire officials have not yet determined a cause for the fire. (Jimmy LaRoue/Suffolk News-Herald)

No one was injured following a Monday afternoon fire that burned a detached garage behind a home in the 1500 block of Art Court.

Suffolk Fire and Rescue responded to the scene, in a neighborhood off Holland Road, around 2:50 p.m. and found heavy smoke and fire coming from the garage, according to a city news release.

While the fire had “a minor extension” into two homes, no one will be displaced as a result of the fire.

The fire was declared under control at 3:11 p.m. The cause of the fire is under investigation.