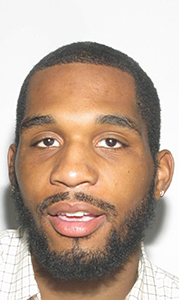 A man charged in a string of robberies in Norfolk and Virginia Beach last week has now been charged with four robberies in Suffolk.

The charges relate to the following Suffolk robberies:

Simons was one of two charged last week after a string of robberies ended in a shooting that left one man dead.

Michael Moore III, 18, of Suffolk, died during an attempted robbery at a 7-Eleven at 130 S. Newtown Road, according to a press release from Virginia Beach Police. Ronald Lee Brookins Jr., 18, of Suffolk, also was injured during that robbery.

Deric Breon Simmons, 19, of Chesapeake, was the third person involved in the robberies, according to Virginia Beach and Norfolk police departments. It was not clear on Monday which is the correct spelling of his last name.

Brookins and Simmons are charged with four robberies on the Southside early Thursday morning. The first happened at 12:28 a.m. at the 7-Eleven at 1010 Pacific Ave. in Virginia Beach, the press release stated. During that incident, three armed males entered the store and robbed it of cigarettes and smoking devices.

The suspects then moved on to Norfolk, police allege, robbing the 7-Eleven stores at 3235 Chesapeake Blvd. at 1 a.m. and then the one at 6667 E. Virginia Beach Blvd. at 2 a.m., according to an emailed statement from Norfolk Police Officer Daniel Hudson.

The spree then moved back across the line to Virginia Beach, where the fatal robbery on South Newtown Road occurred. Virginia Beach Police said two males entered the 7-Eleven store and “were attempting to commit an armed robbery of the store clerks” when another citizen, already in the store, confronted and shot the suspects with his legal weapon.