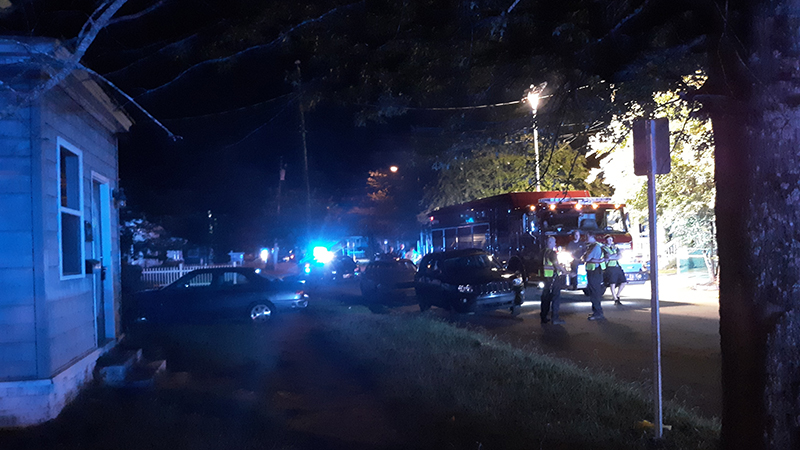 Police and rescue workers on the scene of multiple shootings in the downtown area Friday night.

Two men are dead, and three other people are injured, in a spate of shootings that happened late Friday.

The shooting incidents involved multiple locations in the downtown area, according to a city press release.

The first call came in at 9:22 p.m., advising of a shooting in the area of Second Avenue, according to the press release.

Preliminary investigation found that two adult males were dead following the shootings, the press release stated. Three additional victims — an adult male, adult female and juvenile female — were taken to local hospitals for treatment of injuries not believed to be life-threatening.

“The investigation remains ongoing at this time, and there are no additional details available for release,” the press release stated.

City spokeswoman Diana Klink said further information, including the names of the two deceased victims, would likely not be available until mid-morning or early afternoon Saturday. She was not able to provide the age of the injured juvenile or answer any other questions, due to the early stage of the investigations.

Klink, at the scene, stated “a multitude” of police, crime scene investigators and rescue personnel were on the scene, which stretches across several blocks.

Most folks near the scene watching the investigation said they did not know what happened.

Roads in the downtown area including Bute Street, North Broad Street, First Avenue and Second Avenue are expected to be closed for several hours while the investigation continues.

Celebrate National Night Out in Suffolk