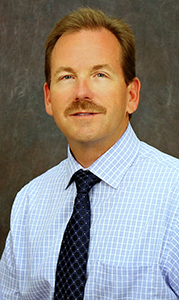 L.J. Hansen has been named the director of Public Works for the city, effective Aug. 7.

City Manager Patrick Roberts made the announcement Friday in a press release. Hansen has served as the acting director of Public Works since October 2018 while the search for a permanent director was ongoing following the retirement of Eric Nielsen.

“L.J. has had a successful career across multiple fields and brings a wealth of knowledge and experience to this position,” City Manager Patrick Roberts stated in a press release. “His familiarity and extensive knowledge of Suffolk, not to mention his proven leadership skills, will be extremely beneficial as we implement our short and long-term goals.”

Hansen has been the assistant director of Public Works since October 2013 and was responsible for supervising the refuse, transit, roadway maintenance and traffic engineering divisions, according to the press release.

Prior to becoming the assistant director, he was responsible for the city’s municipal separate storm sewer system, the transit system and managing numerous landfill and railway issues.

He obtained his Bachelor of Science in civil engineering from Montana State University in 1993, the press release stated. His career has largely focused on environmental and regulatory compliance issues.

Prior to coming to the city in 2007, Hansen worked on regulatory issues in the mining, refining, landfill and construction disciplines.