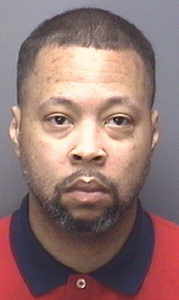 A former Suffolk pastor pleaded guilty to three counts of sex crimes with a minor on July 26, heading off a jury trial that was set to begin this week.

Sean Gaines, the former pastor of The Empowerment Temple, pleaded guilty to all three counts with which  he was charged — two counts of indecent liberties by a custodial figure and one count of carnal knowledge of a minor.

Gaines was sentenced to one and a half years of active time to serve, which prosecutor George Underwood noted was above the sentencing guidelines for the charges.

“The commonwealth was concerned given the age of the victim and the defendant’s role with the church that this was an egregious event that she’ll struggle with for many years,” Underwood said. “The sentence exceeded the guidelines and was in the interest of justice to allow her to put this behind her.”

The charges related to incidents in which Gaines engaged in sexual activity with a minor who was not of the age of consent, Underwood said. He said this occurred at a hotel in downtown Suffolk.

“This will affect his ability to defend himself in Hampton,” prosecutor Marie Walls said.

Gaines said last year that he left his role with the church in August 2018 due to the Hampton charges.