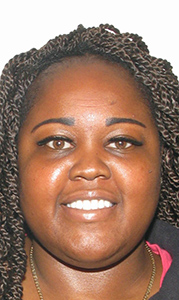 Suffolk Police have announced more charges against a third person in relation to a reported armed robbery on Friday morning at the McDonald’s in the 6200 block of College Drive.

The robbery was reported to have occurred at 4:33 a.m. Friday.

Latrivia Yvette Holmes, 38, of Portsmouth, was arrested Friday evening. Holmes, a manager at the McDonald’s where the robbery was reported, was charged with robbery (business), two counts of business embezzlement, conspiracy to commit a felony, false statement during an investigation and false police report.

Latesha Monique Holmes, 40, of Chesapeake, was arrested Friday evening and was charged with two counts of robbery (business) and two counts of grand larceny.