Saints open up season against NCS 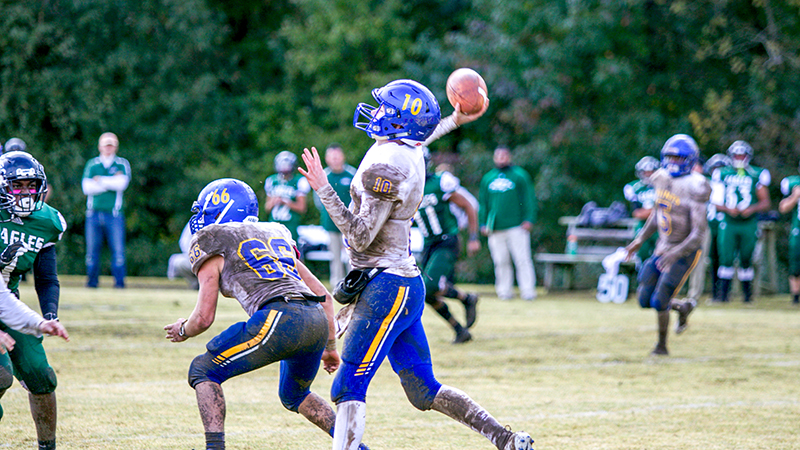 It will be an interesting game for multiple reasons. One of the main reasons is because NSA gets to open the season against its last opponent from last season. In the 2018 playoffs, North Cross blanked NSA at home 36-0, ending their season. The win put North Cross in the Virginia Independent Schools Athletic Association Division II state title game, where they finished as a runner-up.

During the latter half of the season last year, the Saints were not near full strength after suffering multiple injuries to key players, including quarterback Ian McAninley and running back George Pettaway. When the two teams opened up the season in 2018, NSA came away with a 34-7 win.

NSA is entering year four with Coach Mike Biehl, and from year to year the Saints have always found a way to improve their record. After going 7-4 last year and earning their first playoff appearance under Biehl’s tenure, the Saints are looking to build on their 2018 campaign.

“I feel like the guys are ready to go out there and go full speed and full tilt against another team,” Biehl said. “It’s going to be fun, and it’s going to be exciting we are just ready to get this thing going.”

Biehl believes the team is chomping at the bit to face NCS again because of what happened in the playoffs last year. However, the Saints know not to get too caught up in things, because ultimately both teams are different this year.

Even though the Saints lose multiple playmakers from last year’s team, they still have a wealth of talent returning. McAninley, Pettaway and other players such as Griffin Duggan return to lead the way for the Saints. Preparation has gone well this week, and the Saints are excited to get out on the field and bounce back from the way they ended the season last year.

It will be important for NSA to set the tempo and get a win over North Cross, because the first three games of the season will all be on the road.

“We have a lot of guys will a lot of experience that has dealt with these kinds of things,” Biehl said. “So we just want to make sure we take things one game at a time and take care of our business on the road.”

NSA and North Cross will match up at 3 p.m. Saturday.