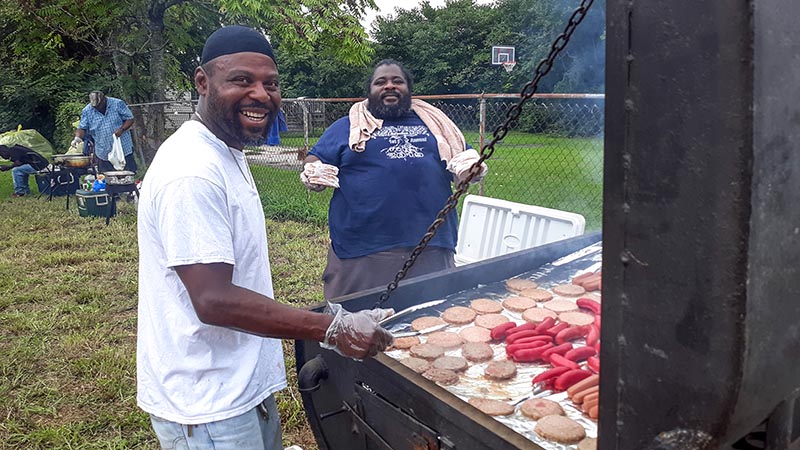 The 13th annual Jericho Community Day was held without a hitch on Saturday, despite a drizzle that lasted part of the day.

Organizers were expecting about 800 people in and out throughout the day in the historic African American community north of East Washington Street. The festivities were held on a vacant lot at the intersection of Clarys Drive and North Lloyd Street.

“We’re always trying to reach out and give back to the elderly and the kids,” said “Speedy” Wilkins, who was among a group that started the event more than a decade ago.

A line formed for grilled hamburgers and fried fish. A DJ and various groups played and performed mostly gospel music, and the East Suffolk Sophisticated Steppers gave a demonstration.

Jeffery Myrick said people who grew up in the community usually come back for the event for the fellowship and seeing old friends and neighbors.

Robert Wilkins is also one of the group who started the event.

“We try to keep it positive with gospel music,” he said. “The only thing we can do as a community is to pull together. What we try to advocate is togetherness.”

Pillows made with pet-friendly purpose