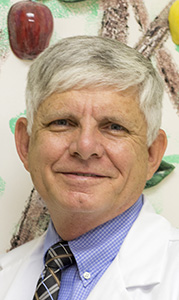 A Suffolk man who died in a crash Tuesday was a local plastic surgeon whose work had changed the lives of many.

Joseph Craig Merrell, 65, of the 2000 block of Fairway Drive, died at the scene of the crash, according to a press release from Virginia State Police Sgt. Michelle Anaya.

She stated preliminary investigations reveal that Merrell’s 2015 Audi Q05 was traveling eastbound on Route 58, getting onto the ramp to northbound Interstate 664, when the vehicle ran off the roadway, down the embankment and struck a tree.

Merrell was a renowned plastic surgeon who practiced with the Plastic Surgery Associates of Tidewater at its Harbour View office.

He served for almost 20 years as the director of microsurgery for Operation Smile. In 2017, he told Suffolk Living Magazine he had been on more than 30 missions for the nonprofit to places like Morocco, Liberia, Ghana, Kenya, Romania, Haiti, the Philippines and Vietnam.

His first trip with Operation Smile was in 1984. He operated on children with cleft lip and cleft palate, burn victims, accidental amputation victims and more. More importantly, he worked with Operation Smile to train surgeons in other countries to perform the surgeries themselves.

In a statement, Bill and Kathy Magee, co-founders of Operation Smile, had this to say:

“The Operation Smile family mourns the passing of one of its own. Dr. Craig Merrell was a credentialed plastic surgeon volunteer and team leader on 25-plus Operation Smile missions in the 1990s and early 2000s. He also served as the chief medical officer for the organization. Without a doubt, Dr. Merrell was exceptional in every way. His passing is a huge loss to his family and the community. Dr. Merrell introduced microsurgery to Vietnam and was with Operation Smile on our first mission in 1989. For more than a decade, Dr. Merrell taught microsurgery to plastic surgeons in North and South Vietnam, under Operation Smile, resulting in sustainable centers in those areas. He touched so many with his commitment and talent to serve others. All of us will miss him. All of us are stronger people today because of him. Our love goes out to his family and his patients.”

Merrell, a member of the Church of Jesus Christ of Latter-day Saints, spoke to Suffolk Living about how his faith inspired his work for Operation Smile.

“It’s impossible to go on one of these trips and not come back believing in God. If you believe in God and you believe we are all His children, when you are serving someone with no hidden agenda, just the desire to serve someone else, in a way you’re serving God.

“The payback is when you look at four or six months, a year, 10 years down the road and realize how much better a person you are because you stepped out of your comfort zone and experience and you helped someone else.”

Merrell had practicing privileges at several local health systems, including Bon Secours. “The Bon Secours community is saddened by the recent news, and extends its deepest sympathy to Dr. Merrell’s family, friends and colleagues. We pray that they feel surrounded by love and support at this time and always,” the health system said in a statement.

Jessica Lowder, vice president of operations at Sentara Obici Hospital, said, “We are all in a state of shock and processing this very unexpected news. Dr. Merrell was a beloved member of the Obici family and medical staff for more than 25 years. He brought passion, dedication and a drive to provide the highest quality care possible to each and every one of this patients. His presence in the OR and throughout the building will be greatly missed.”

Merrell graduated from Wake Forest University in 1975 and received his medical degree from the University of Virginia in 1977. He trained in general surgery at the Hershey Medical Center and completed a residency in plastic and reconstructive surgery at Southern Illinois University and did a year’s fellowship in microsurgery.

In addition to his work with Operation Smile, he also served for three years on the board of Southern Virginia College, now Southern Virginia University, and starting in 2005, Merrell took a three-year sabbatical to serve as president of the France Toulouse Mission of the Church of Jesus Christ of Latter-day Saints.

Suffolk teachers get help to ‘clear their lists’