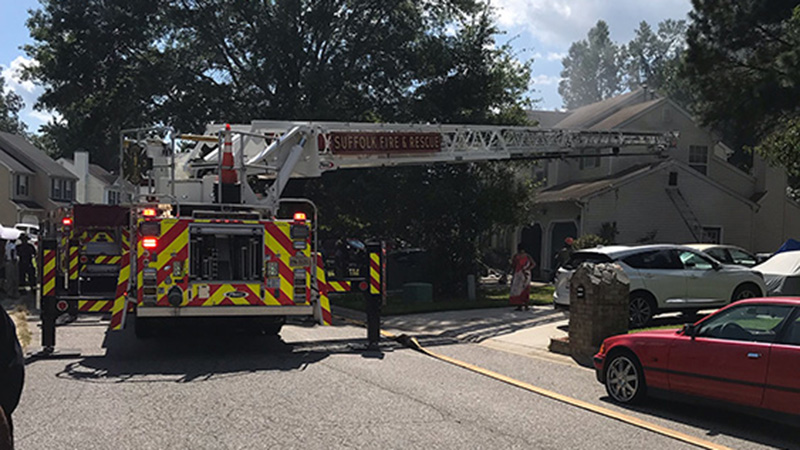 Suffolk Fire and Rescue responded to a residential structure fire Monday afternoon in the 1500 block of River Creek Crescent.

The first units arrived on the scene at 2:40 p.m. Monday and found a fire in the attached two-car garage, according to Battalion Chief Demitri Wilson in a city press release. The fire was contained to the garage with minor smoke throughout the home.

One adult was at home during the fire and was evacuated safely. There were no reported injuries, and the family was not displaced as a result of the fire.

State of emergency declared for Dorian