King to play at Ferrum 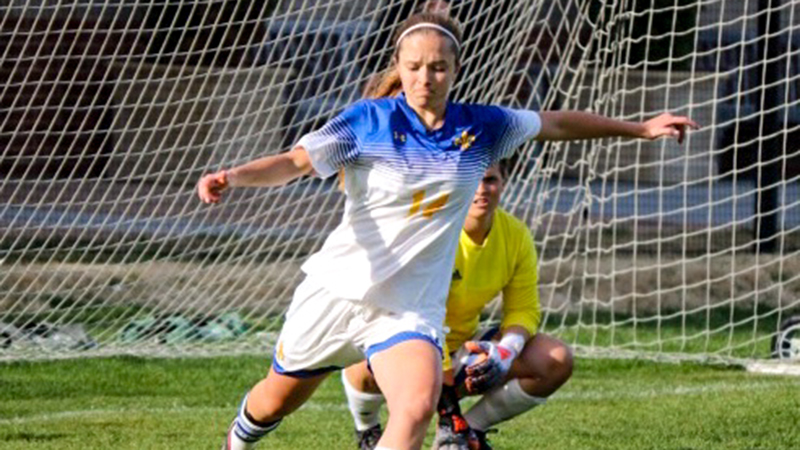 The senior Lady Saint said her recruiting process went well, as she spent a lot of time playing in showcase tournaments with her club soccer team and during that time, she was able to meet different coaches. She was invited to many different colleges for camps where she visited and stayed overnight, but ultimately felt Ferrum was the best place for her.

“After overnight stays with the team and meeting with the coach, I immediately felt a family connection between the girls and coaches,” King said. “I value all those things in a team, and I felt like the campus size was perfect for me as well.”

Playing in college has been a dream of King’s since she was 4 years old. She is looking forward to her senior season, where she is focused on continuing to get better as a player.

“I’m still looking to get better in all aspects of the game as well as being a leader and a role model for the younger girls on the team.”

Through two games so far this season, Ferrum has gone 1-1. King will likely come in playing midfield or defense. However, she believes that may change as she develops on the team.

King has been a part of a Lady Saints team that for the past two years has competed in the state championship game. Last season, she was a first team All-Conference and a first team All-State selection. With the team being so close to a state title the past couple of years, it is very likely the Lady Saints could be in position this year to win it.