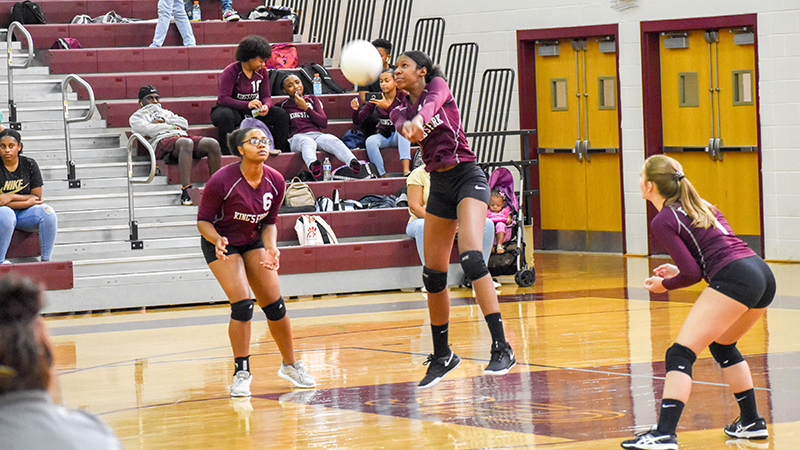 Aulie Huff had 10 aces in a win over Churchland for the Lady Bulldogs.

The King’s Fork High School girls’ volleyball team picked up a solid win against Churchland, setting themselves up for another home showdown this Thursday against Western Branch High School.