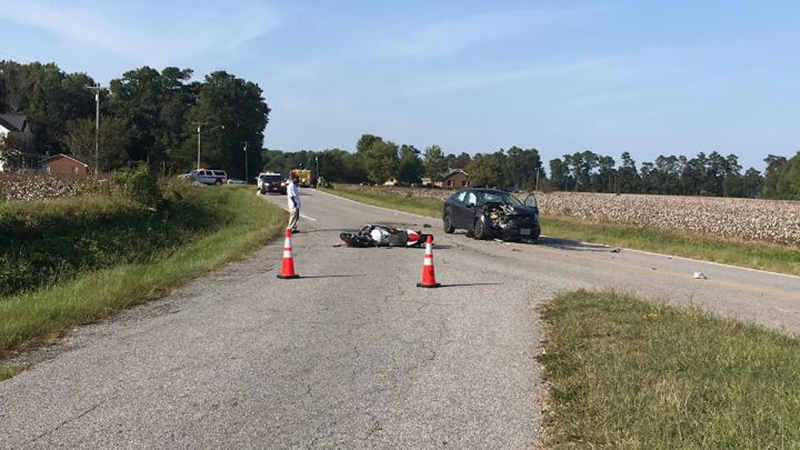 Police are investigating a crash between a motorcycle and passenger vehicle that happened Sunday afternoon. (City of Suffolk photo)

One man was hospitalized following a motorcycle accident on Sunday afternoon.

The crash between a motorcycle and a passenger vehicle happened at 4:01 p.m. in the 9400 block of Gates Road, according to a city press release.

The man operating the motorcycle was taken by Nightingale to an area hospital with injuries not considered life-threatening, the press release stated. The man driving the passenger vehicle was evaluated at the scene but not transported.

The roadway was shut down until about 5:45 p.m.