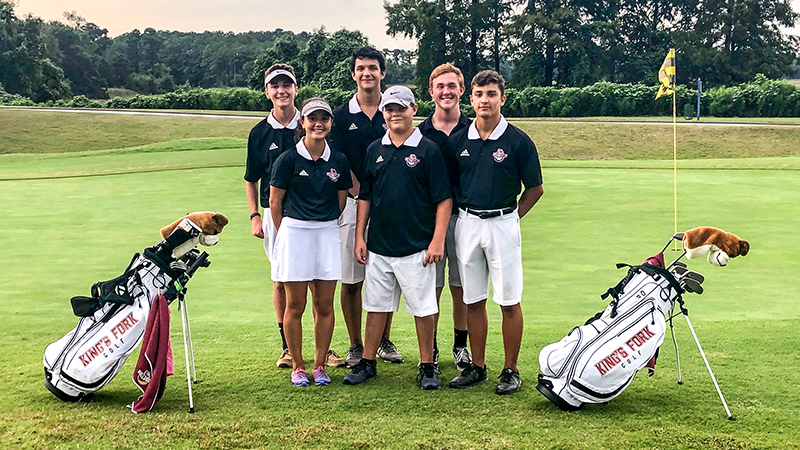 The King’s Fork High School golf team finished the last two weeks strong and is ready to compete in the Class 4 Region A tournament. (Submitted Photo)

After wrapping up the regular season, the King’s Fork High School golf team is getting ready for the regional tournament.

The King’s Fork golf team just finished up the end of the regular season strong under Coach Robert Casteen. For the past two weeks, the Bulldogs have been able to pick up a couple of district wins to put themselves in position to pick up some momentum heading into the Class 4 Region A region tournament.

“I’m feeling good about where we are at right now. I’m confident,” Casteen said. “I think we have surpassed what I thought we would do this year, and for the past two weeks we have played some of our best golf, which is what you want to be doing at this time.”

Even though the stakes are higher when it comes to the postseason, the preparation, for the most part, remains the same for King’s Fork. They want to be focused and prepared, and they want to make it as far they can, but they also want to look at it as just another day on day one of the tournament.

“We have a couple of seniors on this team, and this will be their last go-around,” Casteen said. “So, our success will depend on how they perform, and they have a lot of potential. So as long as they show up and do what I know they are capable of, we should have a good day out there next Monday.”

King’s Fork finished the regular season with a 4-6 record, and after becoming the city champions in 2018, the team split with both of its rivals this season, falling to Nansemond River High School and defeating Lakeland High School.