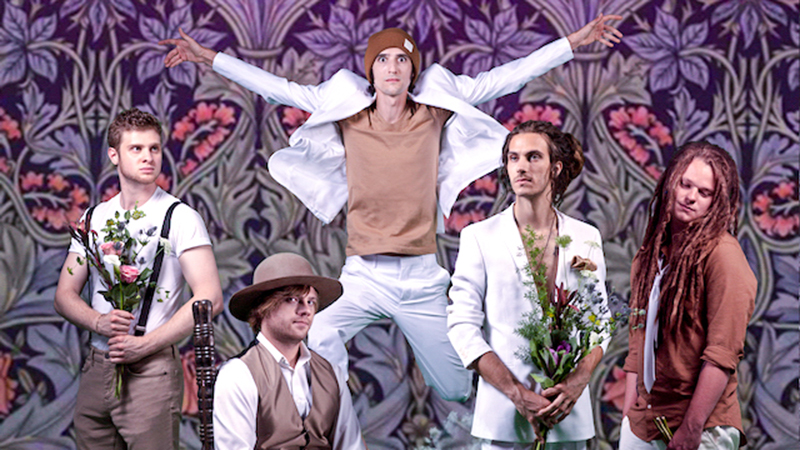 The Way Down Wanderers will perform with the Good Morning Nags at the Suffolk Center for Cultural Arts in October. (submitted photo)

The Way Down Wanderers are coming straight from America’s heartland to bring their unique sound to Suffolk this October.

The group will perform at 8 p.m. Oct. 4 at the Suffolk Center for Cultural Arts, 110 W. Finney Ave. The evening will also feature the Good Morning Nags band from New York City.

Hailing from Peoria in central Illinois, the Way Down Wanderers’ sound is an Americana folk-rock medley that blends together elements of bluegrass, classic rock, touches of jazz and other genres for a distinct and surprising style.

“It blends together all those feelings,” said Way Down Wanderers guitarist and vocalist Austin Krause-Thompson.

This hard-working band was voted No. 1 in the February “10 New Country and Americana Artists You Need to Know” by Rolling Stone, and their new album “Illusions” has also received high praise from Rolling Stone, as well as the Associated Press.

Tracks on the new album touch on “loss, love and personal evolution,” according to thewaydownwanderers.com. It reflects on the Way Down Wanderers’ own personal growth over the years, and how those experiences helped them grow into their name.

“I always loved it because it depicted travel and adventure and kind of always yearning for the road life, so to speak,” Krause-Thompson said about the band’s name. “It’s definitely something we’ve grown into over the years, so now it’s quite fitting.”

This October will be their first show in Suffolk and Hampton Roads at large, and their audience of both old fans and new can expect the energy at the Suffolk Center to build as soon as they take to the stage.

“We always bring a pretty lively stage show,” Krause-Thompson said. “The energy on stage is pretty electric, and we tend to always have a lot of fun as soon as we hit the stage.”

It’s a “well-rounded” affair with wonderful ballads, classic fiddle tunes, a bit of barn dancing and an acoustic singalong to finish it out, he said.

“I think there’s something for everyone at the show,” he said.

Krause-Thompson and his bandmates are excited for Suffolk to enjoy their latest hits, along with some old favorites.

“For anyone who hasn’t seen us since the release, we really encourage people to come out and see the new stuff,” he said. “We’re really looking forward to coming to this part of Virginia and this part of the country.”